Despite tremendous progress toward understanding trust within teams, research has predominately conceptualized team trust as a shared group construct, focusing almost exclusively on trust magnitude (i.e., mean level of trust) while ignoring trust dispersion (i.e., within-team differences in trust). As a result, we know little about this critical property of team trust, its determinants, and independent impact on team outcomes. We address this limitation by examining “team trust consensus”—a configural group construct capturing the extent to which team members share their levels of trust in the team—as a variable of theoretical and empirical interest in its own right. Cross-sectional data from a work team sample (Study 1, N = 120) provide initial support for our propositions that national culture diversity negatively affects trust consensus and that trust consensus positively affects team performance. Expanding on these findings, we propose a contingency model in which the negative impact of national culture diversity is mitigated by team virtuality and collective leadership. Multiwave data from an MBA team sample (Study 2, N = 95) offer support for these propositions and replicate the positive direct effect of trust consensus on team performance. Our findings indicate trust consensus is an important predictor of team performance and provide unique insight into the factors that jointly influence trust consensus within teams.

Empirical evidence is mounting that passion is an important part of entrepreneurship, contributing to behavior and outcomes for entrepreneurs, employees, and ventures. Yet knowledge of the performance implications of passion within new venture teams is sorely lacking. We examine how both the average level of entrepreneurial passion and the diversity of passion within new venture teams contributes to venture performance in both the short- and long-term. We test our model with multi-source, multi-wave data collected from 107 new venture teams participating in an accelerator program. Our findings indicate that average team passion is not significantly related to performance, but passion diversity, particularly intensity separation, is negatively related to performance. These findings have important implications for the literature on passion, new venture teams, and group affective diversity.

Hierarchy has the potential to both benefit and harm team effectiveness. In this paper, we meta-analytically investigate different explanations for why and when hierarchy helps or hurts team effectiveness, drawing on results from 54 prior studies (N = 13,914 teams). Our findings show that, on net, hierarchy negatively impacts team effectiveness (performance: ρ = -.08; viability: ρ = -.11), and that this effect is mediated by increased conflict-enabling states. Additionally, we show that the negative relationship between hierarchy and team performance is exacerbated by aspects of the team structure (i.e., membership instability, skill differentiation) and the hierarchy itself (i.e., mutability), which make hierarchical teams prone to conflict. The predictions regarding the positive effect of hierarchy on team performance as mediated by coordination-enabling processes, and the moderating roles of several aspects of team tasks (i.e., interdependence, complexity) and the hierarchy (i.e., form) were not supported, with the exception that task ambiguity enhanced the positive effects of hierarchy. Given that our findings largely support dysfunctional views on hierarchy, future research is needed to understand when and why hierarchy may be more likely to live up to its purported functional benefits.

This chapter contributes to defining a common research agenda on organizational trust, first by content-analyzing scholarly recommendations for future research published between 2007 and 2011 across 347 articles and 58 social science journals, and second by reviewing the latest developments in trust research published between 2012 and 2015 across 111 articles and 31 top-tier management journals. Our content analysis of scholarly recommendations yields an emergent organizing framework that offers systematic insight into the trust community’s beliefs about how the field should move forward, while our review of the latest developments in the field provide insight into whether these recommendations have recently been followed up on, or whether research has developed in previously unanticipated directions. Our synthesis and review reveal a wealth of exciting research possibilities and offer a glimpse into the future of organizational trust research. We conclude with suggestions on how individual researchers and the trust community as a whole can use and build on our findings to help advance the field.

Integrating theorizing on situational strength and complementarity with control theory, we investigate the mediating processes that transmit peer control combination effects to team performance. We argue that two critical peer control mechanisms—norm strength and peer pressure—complement each other such that their joint impact on team members becomes stronger than the sum of their parts. In a multiple mediator model, we identify effort and trust as two distinct mediating processes that explain the relationship between peer control combinations and team performance. Multisource, multiwave data from 41 self-managing healthcare teams largely support our model. The pattern of mediation was more complex than we anticipated, revealing an indirect effect of peer controls on effort via trust. Together, our findings offer insight into how controls complement each other and the processes through which they do so.

In this study, we investigate how trust affects the performance of ongoing teams. We propose a multiple mediator model in which different team processes act as mediating mechanisms that transmit the positive effects of trust to team performance. Drawing on a data set of ongoing tax consulting teams, we found support for the mediated effects of trust via team monitoring and team effort. Our results did not support the mediating role of “team reflexivity.” These findings contribute to understanding how trust operates within ongoing teams in a way that is distinct from what is known from studies of short-term teams. 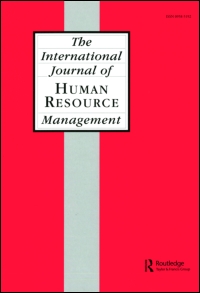